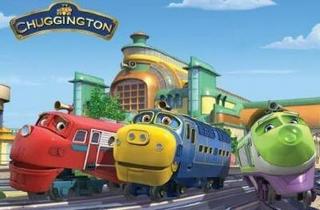 A highlight of my eclectic career has been writing for the kids television series Chuggington, which airs on Disney Junior in the U.S. By an extraordinary stroke of luck I was able to pitch and ultimately write a handful of episodes during the series' first few seasons. Given my background working in zoos and animal sanctuaries, it's not surprising that nearly all of my stories revolve around the Safari Park and its residents. In my first script, Twiga the giraffe is expecting a baby, and Koko is assigned to keep watch at the Safari Park overnight. This episode was adapted as a children's book by Scholastic, which was extra special because of my lifelong love of their books. 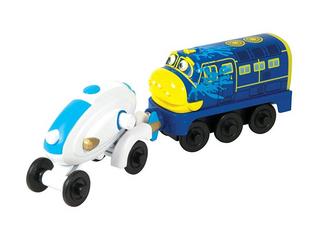 I wrote an episode of Chuggington called "The Brewster Booster." They were introducing a new inventor character to the series, so I came up with a booster car that would give the trains super speed, but it proved to be dangerous. The show's merchandisers released a "Brewster booster" kids toy based on my episode. Coolest. Thing. Ever. To be able to say that I "wrote" a toy into existence is beyond surreal. 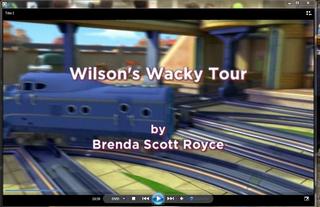 Here's a link to a brief clip from an episode I wrote called "Wilson's Wacky Tour." (You'll note from the accents that this is from the U.K. version of the series.)